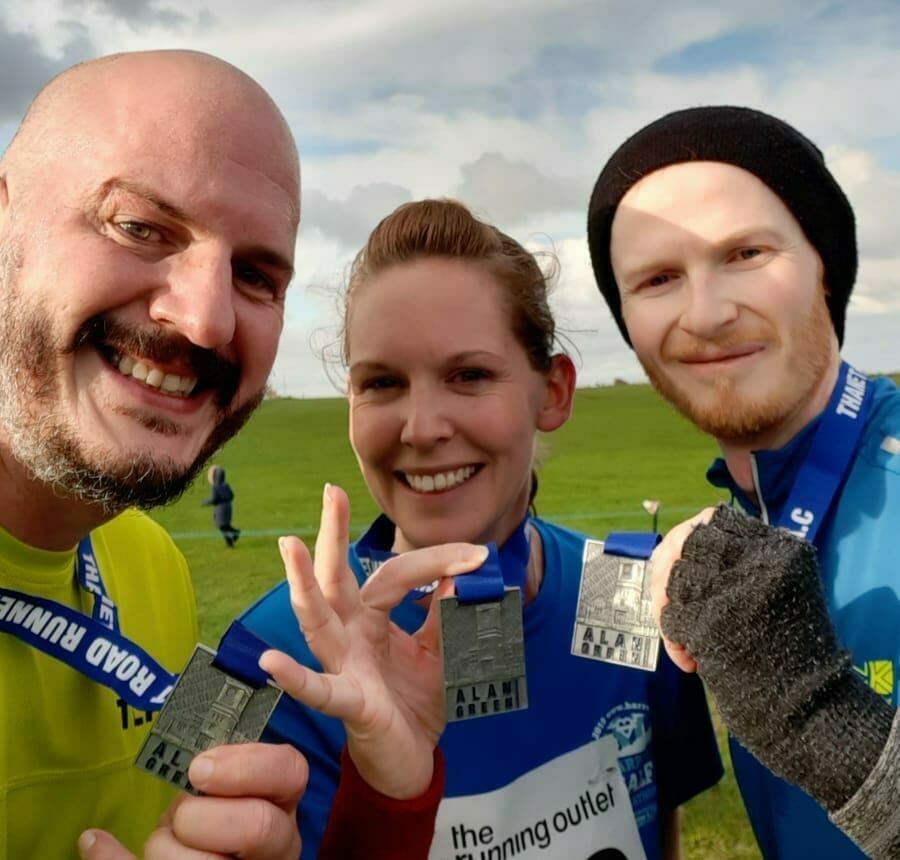 The Alan Green Memorial 10 Miler takes place in Margate at the beginning of December and I returned for the second year running. I have to say I quite like the 10 mile race distance so it was great to be able to run this race again with over 400 other runners.

The course has been reversed in 2019 compared to 2018 with the start/finish now at Palm Bay, Cliftonville and you can see this on the map and race video below.

With lots of free on-road parking the collection of race numbers and timing chips was from the Race HQ at Palm Bay School . There was also a chance to use the portaloos and if you were inclined to get a bacon roll and a cup of tea from the food van. All-in-all a nice friendly HQ and a chance to keep in the warm for a little before the race, although it got very cramped with all the competitors so I decanted back to the car for the little while.

The course follows an out and back route along the coast and that means you will usually get a strong coastal wind and on this occasion it meant a tailhead for the first 5 miles… and you guessed it a headwind for the return!

It’s amazing how much the wind can affect your speed so in this instance it was a case of upping the pace for the first half of the race and making the most of that tailwind because you were certainly going to have to work harder with that wind in your face.

The course is also pretty flat with only a few slopes so it’s pretty easy to run an average pace for each out/back section.

Last year this was my first ever 10 mile run setting a PB of 1:28:59 and I was so happy to get under that 90 minute marker, something I haven’t done since, having concentrated on my half-marathon times. Returning a year later I wasn’t so optimistic of beating it but I hadn’t counted on having Luke there to pace myself and Ellie.

Luke is amazingly fast, but was happy to run along with Ellie and myself, and his pacing meant we finished in a chip time of 01:26:48, taking more that 2 minutes off my PB!

A PB! How did that happen?

Making the most of that tailwind in the first half meant a very good time for me and the ability to allow the pace to drop slightly the last few km when the headwind sapped your energy.

If I’d been running solo I don’t think I would’ve done as well so it really shows the benefits of running with others and having a coordinated race plan. In this case we were all happy with a faster pace than normal and it paid dividends. Any mental urges to slow were banished too, so rather than knock seconds of my PB it was minutes.

As is customary for this event there was a baking competition with the cakes being consumed by all the runners, and it was certainly a treat after getting that PB. Thank you to Thanet Road Runners AC for organising the race and indeed the cakes!

Some events don’t really have too much of a finish but having cake was a nice touch and meant I stayed around a bit longer (because I like cake) and saw quite a few others runners I know. There were also print-outs of the finishing times put up on a board so that was great rather than waiting for official online times.

This is a great race to run so thank you to the organisers and I look forward to running it next year too. Here are the Race Results.