To run a sub-55 minute 5km time then you’ll want to get your 5k pace at 17:42 minutes per mile or 11:00 minutes per kilometer to come in at just under your desired time.

With the popularity of parkrun and various couch to 5k training plans, it really is a popular, and achievable distance for most runners. If you want to get that sub-55:00 5k then putting in the correct training will help as every second can count and you’ll realise how attainable various milestones are.

Most 5km races and events will be marked out with single kilometre intervals but we know that most runners have a preference so we’ve included the splits below in both miles and kilometres.

5km is considered to be a relatively short distance when comparing to other popular running distances such as 10km and half and full marathons.

Whilst there can be tactics used for getting PBs, for most it’s simply about hitting these paces for each kilometre marker and giving it your all and your maximum effort.

As you complete more 5km distances you will gain knowledge of where you start feeling it, how much you have left in the tank, and what your body will find possible.

A 5k race is 5 kilometers or 3.1 miles (3.10686 miles if you want to be precise, but generally it’s rounded down to the simpler measurement).

That doesn’t sound too far does it?

What is the average time to run a 5k?

The average time to run 5km is between 25-40 minutes, but there are a variety of factors that will affect this time such as gender, age, fitness, course elevation, etc.

In 2005 the average finish time for completing a parkrun was 22:17 but in 2020 that time had dropped to 32:30 as more and more runners of a wider range of abilities started taking part.

Parkrun is very inclusive with a wide range of abilities taking part, so try not to think about parkrun average finishing times as there is so much variation between those finishing first and those at the tailend of the runners.

How many calories are burned running 5k?

The average person will burn around 100 calories per mile, so a 5k should burn off around 300 calories, but the two factors that will impact on this are your weight and your effort put in The heavier you are, the more calories you will expend, and the harder you push yourself the more energy you will need.

If you regularly run 5km or parkruns you will find that your body will become more efficient at that distance and you will burn fewer calories than you used to. For this reason it’s important to mix up your training by adding hill sessions, sprints, longer runs etc.

If you’re new to running, or getting back into it, then Couch to 5k is a great program that can get you from non-runner to being able to run 5k non-stop in 10 weeks. Read this article to find out more. 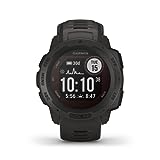 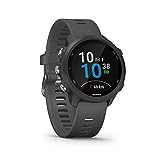 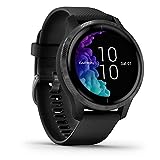